Home Wordpress Everything You’ll Need to Be a DevOps Engineer 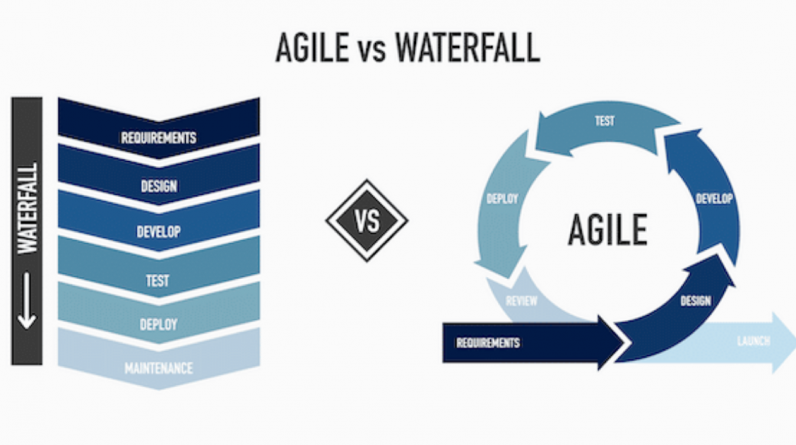 20 years ago, “DevOps Engineer” was a new term.

Discover how Kinsta customers are seeing up to a 200% increase in performance.

Today, DevOps engineers are the glue that keeps IT departments together — enabling them to deliver projects more quickly and more efficiently.

That growth shows in the money. While the DevOps market was only valued at $4 billion in 2019, it’s expected to grow to $17 billion by 2026. Naturally, the demand for DevOps engineers is increasing quickly worldwide.

If you’ve ever wanted to know what a DevOps engineer does, this is the article for you.

DevOps is a collection of practices, tools, and approaches to managing software development and IT projects.

Following the conference, DevOps started to grow in popularity worldwide. In 2013, DevOps was featured in ‘The Phoenix Project‘ (written by George Spafford, Kevin Behr, and Gene Kim). IT manager Bill uses DevOps to complete a major project in 90 days in the book.

What Is a DevOps Engineer?

A DevOps engineer is an IT professional who works with software developers, IT operations personnel, system users, and management to optimize the rollout of new updates and programs.

DevOps engineers are essentially the backbone of their IT departments — creating integrated, user-friendly systems quickly.

Benefits of Hiring a DevOps Engineer

There are many benefits to hiring a DevOps expert as they can:

What Does a DevOps Engineer do?

To understand what a DevOps engineer does, you need to understand the Systems Development Life Cycle (SDLC).

The SDLC includes six phases of development, including: 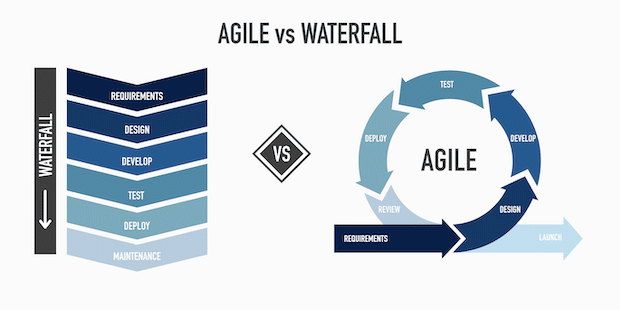 Waterfall and Agile approaches to the SDLC (Source: EasyAgile) 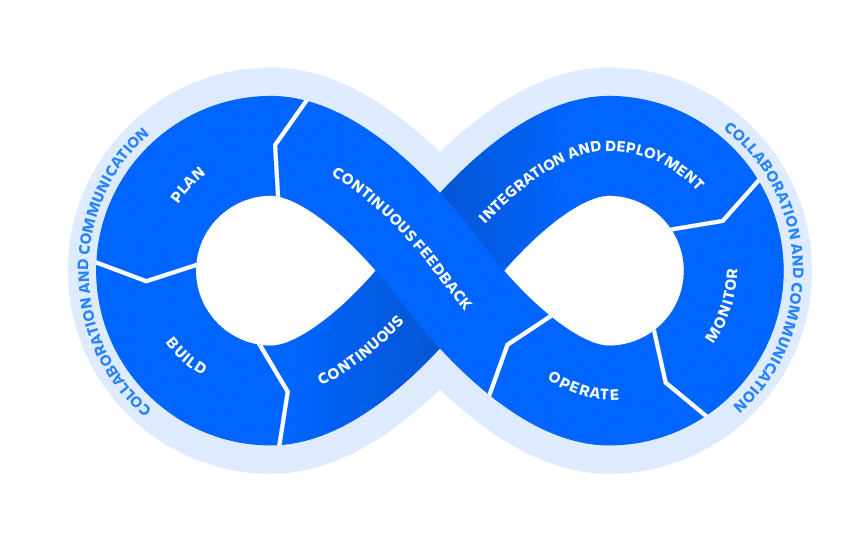 Continuous Integration is the practice of continuously adding code changes into your code repository (essentially compiling code as you write it). Continuous Delivery is the practice of automatically and consistently preparing code changes for deployment (pushing new features, bug fixes, and updates to users continuously, rather than in one big update).

What Are the Responsibilities of a DevOps Engineer?

The day-to-day work life of every DevOps engineer is different, as each developer works on unique projects for companies with varied DevOps approaches. However, there are some key responsibilities that most DevOps engineers share. These include:

DevOps engineers also liaise with users, management, and developers when designing a system.

DevOps engineers look for weak spots in IT infrastructure and work to improve them. Specifically, they create solutions to help developers work quicker, spot program flaws, or design updates around user feedback.

As DevOps engineers focus on a CI/CD approach, they consistently make minor improvements to IT infrastructure.

DevOps engineers reduce the repetitive tasks needed to bring a new system or update to life. For example, a DevOps engineer may design a software plugin to help developers code faster and with fewer mistakes.

It’s important to note that DevOps engineers aren’t trying to automate developers out of a job. They are simply working to improve the developer’s efficiency by implementing easier and faster development solutions.

DevOps engineers track the day-to-day running of IT infrastructure through benchmark testing. Benchmark testing helps them identify areas of inefficiency in the system and mitigate potential issues before they arise.

The benchmark tests each DevOps engineer uses are organization and project-dependent, though they usually use tests that adhere to the seven benchmarking principles.

DevOps engineers optimize the system release cycle by reducing the time and resources needed for projects or updates. There are many ways DevOps engineers improve the release cycle, including removing time drains, prioritizing critical components of each release, or introducing new software and tools.

What Skills & Background Do You Need to be a DevOps Engineer?

As DevOps engineers have diverse responsibilities at work, you’ll need many different skills to become one. This section will outline some of these critical skills.

Atlassian Bamboo is an integration and CI tool that allows developers to automate the building and deployment process. It is an open-source program that works with all programming languages, offering pre-builds, code testing, reporting tools, and deployment tools. This tool also integrates with other programs like Jira, BitBucket, and Git (among others). Atlassian is available in free and paid versions depending on your team size and requirements. 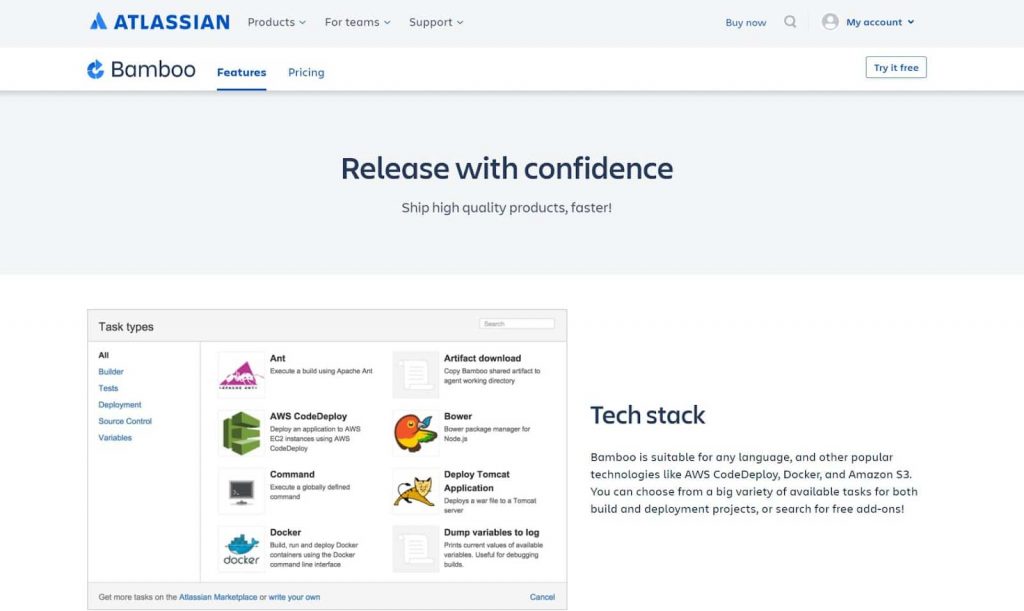 Jenkins is a free automation server that helps developers automate system building deploying through plugins. Jenkins offers over 1,800 community-contributed plugins and is open-source (so you can develop and use your custom plugins). Jenkins also integrates with tools like Git. 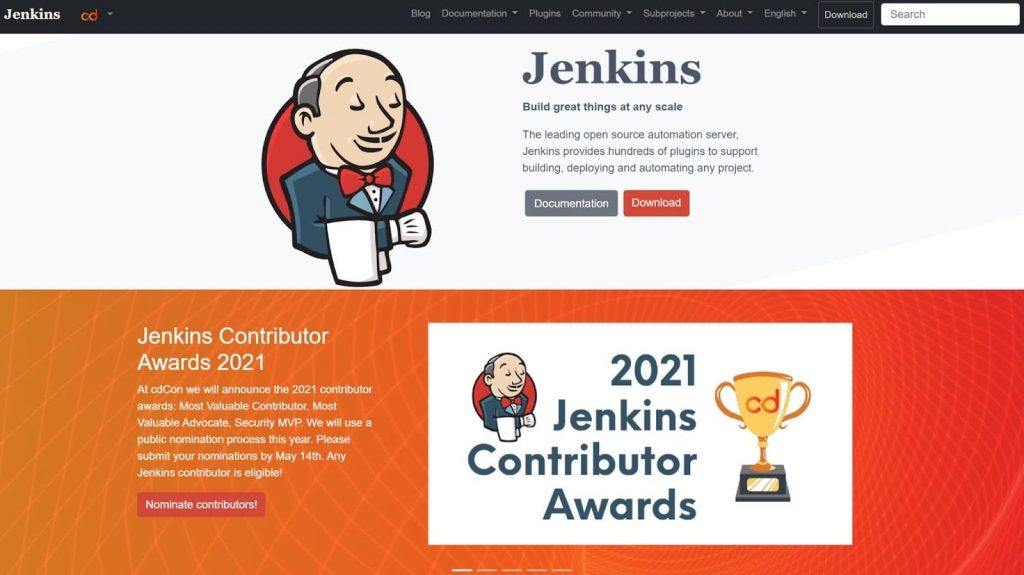 As a DevOps engineer, you’ll also need to become familiar with Version Control Systems (VCS). These tools help developers, and DevOps engineers track updates to their source code repository. They also resolve conflicts when multiple people add code at once.

If you come from a software developer background, you’ll already know how to use popular VCS tools like Git. Git is a free and open-source tool that integrates with repository hosting tools like GitHub and BitBucket. 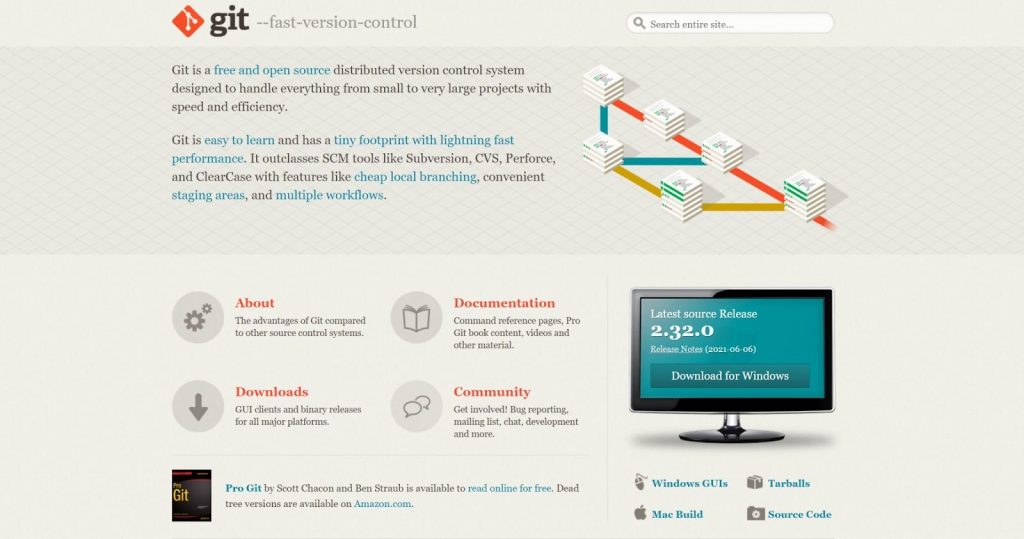 You’ll need to be familiar with three crucial hosting tools as a DevOps engineer. These include:

GitHub is a cloud-based hosting service used by 65+ million developers, 3+ million organizations, and 72% of the world’s Fortune 500 companies. GitHub has been around since 2008 and offers free and paid versions. Microsoft currently owns GitHub.

GitLab is a GitHub alternative with DevOps features like continuous integration, security, and project management tools. GitLab offers both free and paid plans and integrates with Git. Despite their similar names, there’s no affiliation between GitLab and GitHub.

Want to know how we increased our traffic over 1000%?

Join 20,000+ others who get our weekly newsletter with insider WordPress tips!

BitBucket is a hosting service designed specifically for development teams. It integrates with Git and project management tools like Jira and Trello. If you have five users or fewer, you can use BitBucket through its free plan. 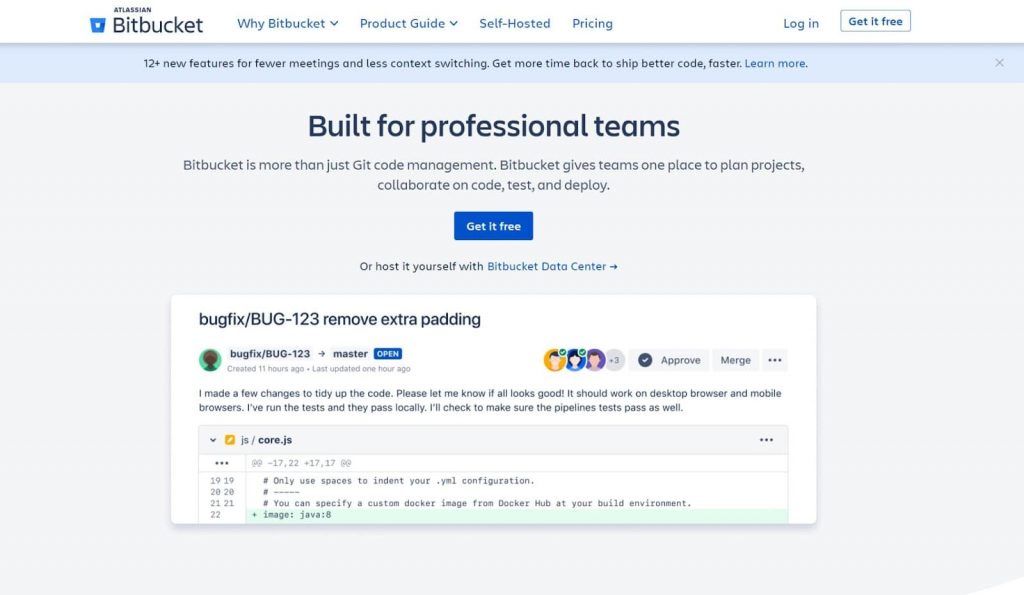 As a DevOps engineer, you’ll also need to be familiar with configuration management tools. These tools help IT professionals consistently configure the different system or network elements. They also help developers reduce the time to deploy a new system.

There are two popular configuration management tools DevOps engineers use. These include:

Puppet pre-dates DevOps as Puppet Labs Limited first released it in 2005. Despite its age, Puppet is still one of the best configuration management tools today, as it allows developers to set the desired state for their system. Puppet then configures the system into the state automatically.

Chef is another open-source configuration management tool. Chef is built around the “Chef Server,” which acts as its operations center. The Chef Server oversees and manages the Chef Workstations and Chef Nodes on the network. Like Puppet, Chef allows developers to set the desired state for their system in the form of a “Cookbook.” Facebook, IBM, and Rakuten all use Chef.

While every organization has its approach to monitoring, you may use monitoring tools like:

Nagios is an older, open-source DevOps tool released in 2002. Nagios watches your infrastructure in the background and alerts you if it suspects there’s an issue. Over 9,000 customers currently use Nagios for server and application monitoring. 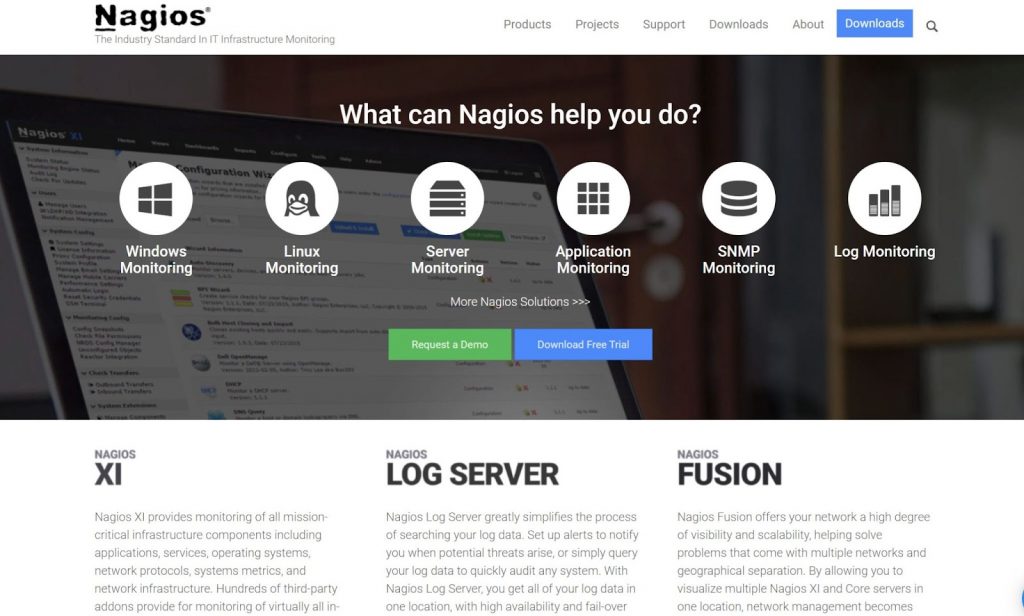 Raygun is a real-time monitoring service for web and mobile apps. Raygun tracks deployments, customer experience, errors and crashes, and how users interact with the system. Brands like Coca-Cola, Target, Microsoft, and Avis all use Raygun. 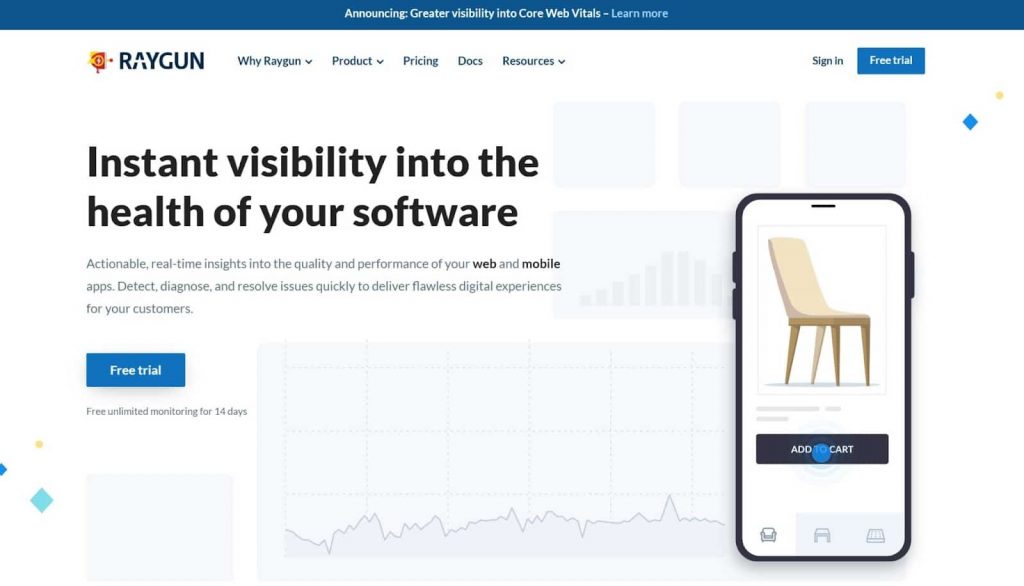 As DevOps engineers are a crucial part of the development process, you’ll need to be familiar with some of the most common scripting and programming languages to succeed in your role.

All Kinsta hosting plans include 24/7 support from our veteran WordPress developers and engineers. Chat with the same team that backs our Fortune 500 clients. Check out our plans!

To become a successful DevOps engineer, you should learn the basics of containerization tools like:

Docker is a Platform-as-a-service tool that allows developers to build, package and deploy code via containers. Docker integrates with GitHub and powers DevKinsta. 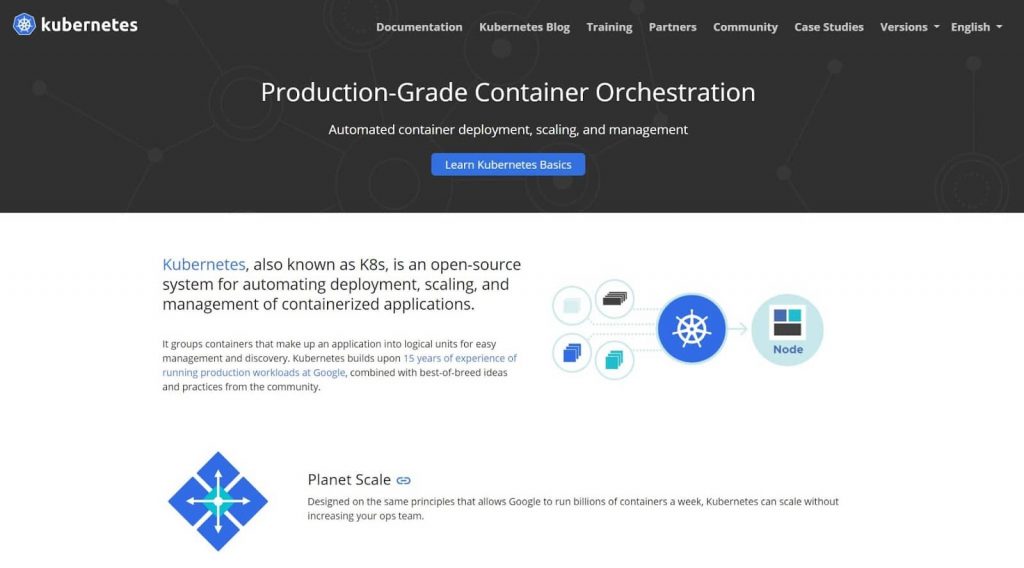 Three of the most popular project management tools for DevOps include:

Trello: Trello is a board-based project management tool. With Trello, you can create boards with a series of lists. Then, you move cards between these lists. Trello is a collaborative tool, meaning multiple people can edit each board. People often compare Trello to Asana.Atlassian Jira: Jira is a project management tool designed specifically for IT teams using an Agile or DevOps approach. Jira allows you to track each task required with cards and boards for the project. Jira is also a collaboration tool that hosts multiple users simultaneously.Atlassian Confluence: Atlassian Confluence is a workspace tool that allows small teams to share work and manage projects through a calendar or timeline. Some teams use Jira and Confluence together.

Three of the most popular public cloud services include:

As WordPress powers 40% of all websites, you may need strong WordPress development skills to be part of a WordPress DevOps team. Specifically, you’ll need to learn how WordPress works and use hosting tools like DevKinsta. 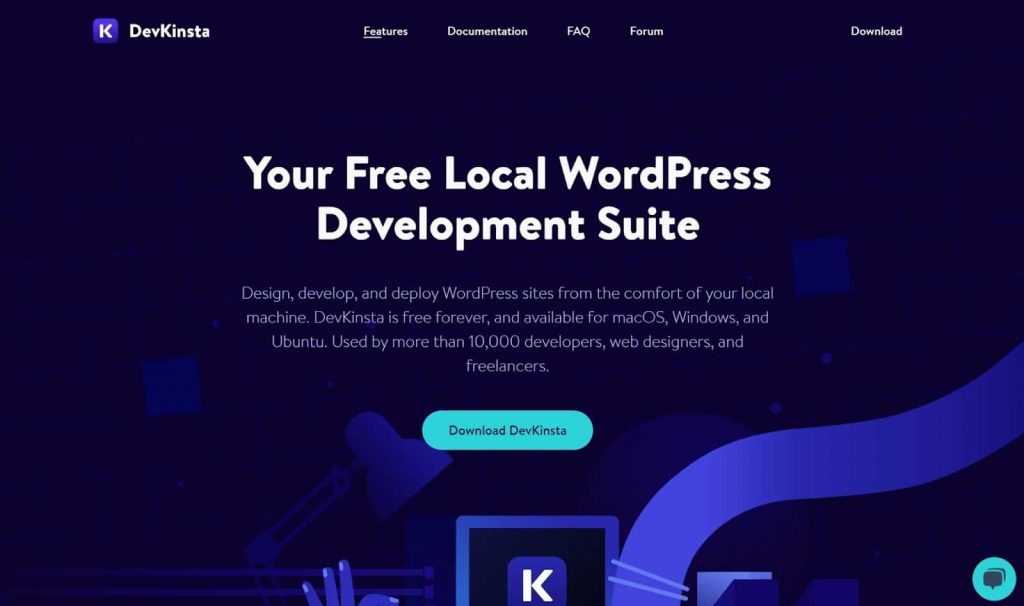 As of June 28, 2021, the average DevOps engineer salary in the United States was $118,872. This means that most full-time DevOps engineers earn between $107,023 and $132,217. The variation in this range accounts for education, professional experience, skills, responsibilities, location, and the company. If your employer pays you overtime, bonuses, or benefits, your salary might be outside this range.

What to Look For When Hiring a DevOps Engineer

These include the following.

If a potential developer has experience with the following tools, they may also have the skills to be a great DevOps engineer:

As DevOps is a new field, many DevOps engineers transition into DevOps from other roles. If the person you are considering has a background in software development, hardware management, general IT management, or system administration, they’ll have transferable skills suitable for a DevOps engineering job.

A candidate may also make a great DevOps engineer if they have a bachelor’s degree or higher in one of these fields:

Want to become a DevOps engineer?

DevOps is still in its infancy, but DevOps engineers have become increasingly important for businesses that have extensive (but not critical) IT systems.

DevOps engineers are worth their weight in Gold as they can manage IT projects, optimize other teams’ performance, and accelerate the development process.

Imagine you are a DevOps expert. You should expand your DevOps skills and become familiar with the most popular public cloud services, virtualization technology, project management tools and configuration management tools. Also, be aware of coding-adjacent tools. It is also important to have strong listening and collaboration skills.

What do you think about the DevOps approach to development? Leave a comment below.

The post Everything you need to be a DevOps engineer 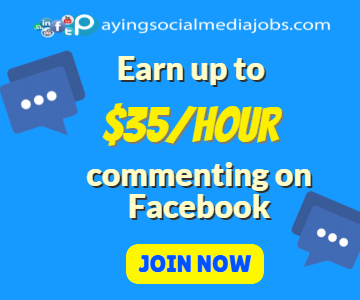 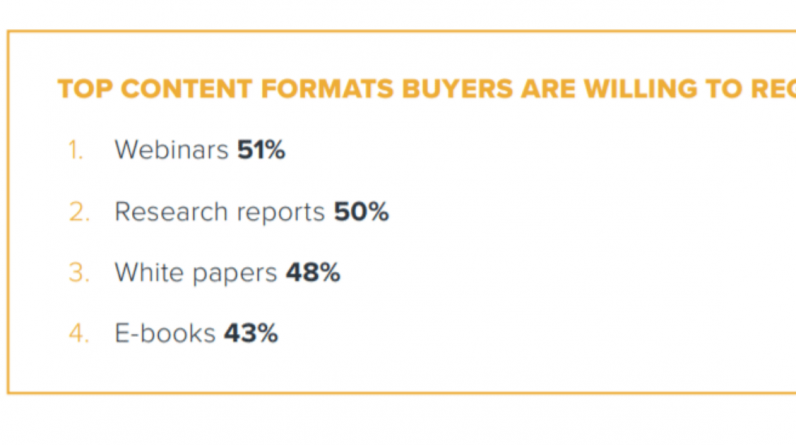 23 Best Webinar Platforms in 2021 for Startups, Enterprises, and Freelancers 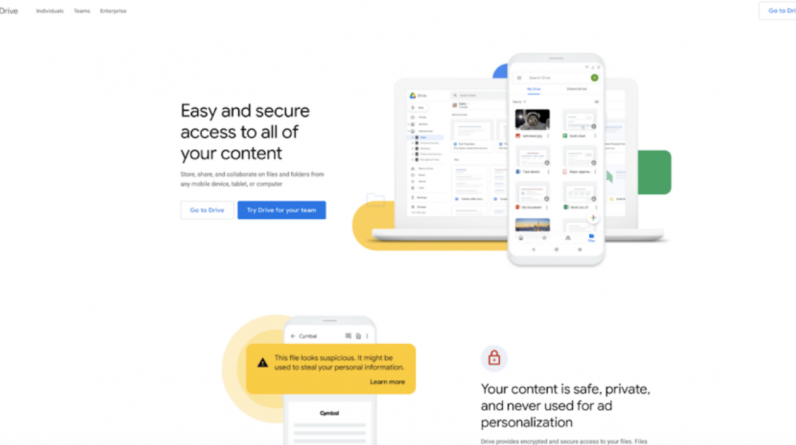 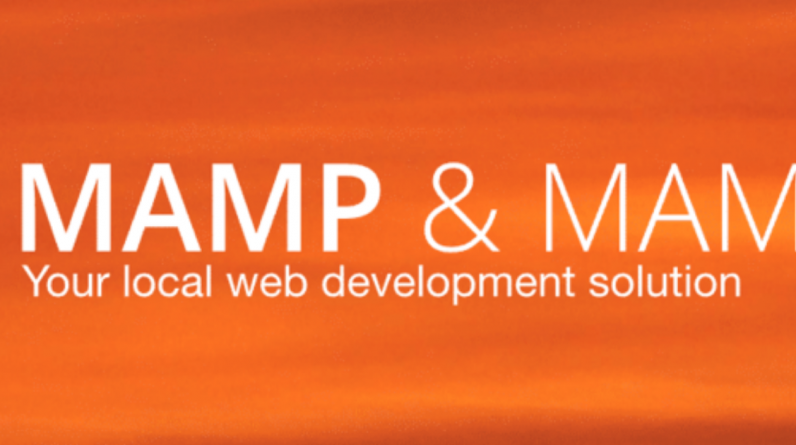 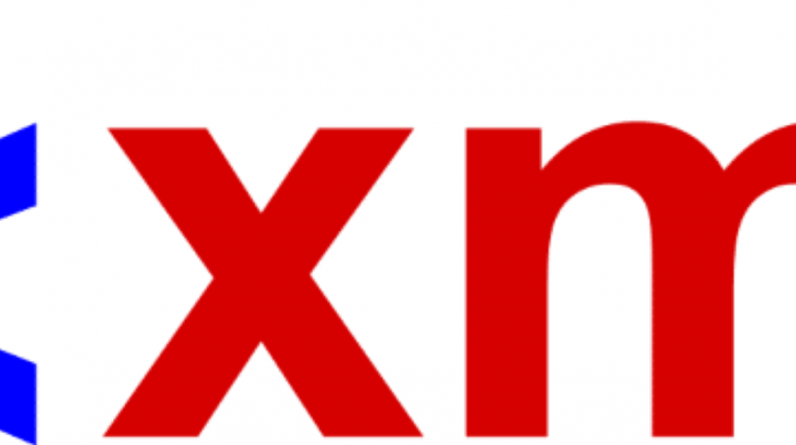 XML vs HTML: Learn the Difference Between These Markup Languages 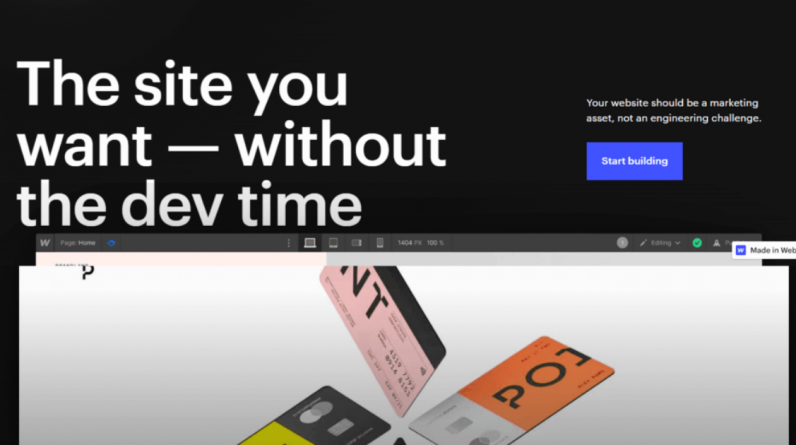 Webflow vs WordPress: Which One Is Better for Your Next Site?

We use cookies to ensure that we give you the best experience on our website. If you continue to use this site we will assume that you are happy with it.Ok